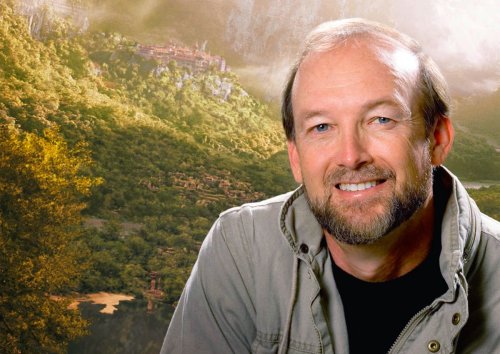 James Redfield, author of the Celestine Prophesy & The Twelfth Insight 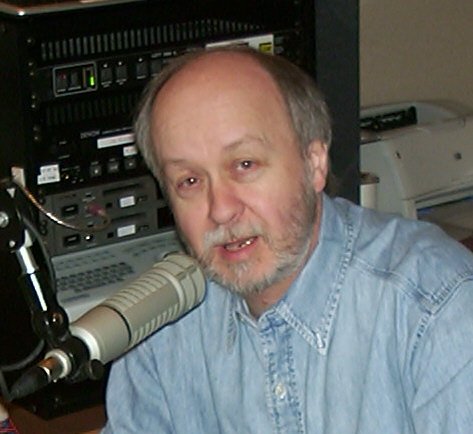 Carole Matthews:
The Medium is the Messenger

Carole Matthews doesn’t like the word ‘psychic’. “I prefer to be known as an ‘intuitive medium,’ but when you put the word ‘intuitive’ on your business card, people get confused, so I have to resort to ‘psychic medium.’ Of course when I say I’m a medium, people think that’s my dress size.” That kind of self-deprecating humour has made Carole’s weekly radio show, ‘The MessengerFiles’, a highly popular Saturday morning feature on 560 CFOS in Owen Sound, Ontario. Carole’s one of the few mediums to have her own program. Usually, they’re relegated to talk show guest spots during rating periods – not that Carole hasn’t done her share of those. In the Toronto market alone over the past few years, she’s guested on CFRB, Talk 640, CITY-TV’s Breakfast Television and for a year, was a regular monthly contributor to Erin Davis’ Rogers Cable program.

Carole has always loved the medium of radio. In the mid 1990’s, while living in Victoria, she talked the manager of AM 900 into giving her an hour Sunday mornings at 8. After only a few weeks, the phone lines were already jammed by 7:30. “We did so well that they moved the show to Saturday night and gave me two hours. That lasted for 3 years until I moved back east.”

How Carole got to Victoria is a story in itself. “I was doing the executive secretary thing in downtown Toronto and doing some consultations on the side. A teacher friend of mine came to me and I kept telling him I saw him opening a garden center. He said he was happy teaching. Three years later, he mailed me his business card as the new owner of the Royal Oak Garden Centre in Victoria. He sent along a note which said, ‘I’ve got 40 clients lined up for you. Come on out.’ So I started splitting my time between Toronto and Victoria, then after my divorce, I moved there full time in August of ‘92.”

Carole first knew she had a gift at an early age. “I was 6 years old. My life was very much like Haley Joel Osment in the movie ‘The Sixth Sense,’ only not quite so ‘Hollywood.’ I saw people’s spirits walking around all the time. In fact, our home was written up in one of those ‘Ghosts of Ontario’ books because there were always things happening there. I didn’t realize it at the time, but I was drawing the spirits to me.”

It was by accident that Carole got her current gig at CFOS. Literally. “I was driving to the station to be interviewed for their lunch time show. I stopped, went into a store to pick up something, walked out and got hit by a truck. And no, I didn’t see it coming. Believe me, I’ve heard all the jokes.” After a long, painful recovery, Carole eventually returned to regular consultations with her clients, which includes police departments and CEO’s from some of Canada’s largest firms. CFOS management saw the possibilities in Carole and offered her an hour every two weeks, which then turned into her own weekly show on Saturday mornings from 11 till noon. Each week, Carole discusses everything from auras, crystals and dreams to guardian angels, astrology and meditation. “There’s always a theme to every show I do.” Her guest list includes psychic medium John Holland, author of “Born Knowing”; Feng Shui expert and author Angi Ma Wong, who’s been featured on CNN, Regis and Kelly as well as Oprah; and motivational guru Robin Sharma. Recently Carole received confirmation that actress and author Shirley McLaine has agreed to appear on “The MessengerFiles”. That title, by the way, is very important to Carole. “In the past few years, people have started to become more spiritually aware and when you work from integrity, as I think I do, the right people will get the message. ‘When the student is ready, the teacher appears’. Hence…the name MessengerFiles.”

Although Carole has a fabulous view of Georgian Bay from her waterfront home, she doesn’t have a lot of time to enjoy it. Besides her regular consultations and weekly radio show, she’s also writing a book and putting together a CD. There may even be a weekly television show in her future. Carole Matthews and ‘The MessengerFiles’ communicates to, and resonates positively with her radio listeners. And that’s a rare feat in our medium these days… even for a medium. 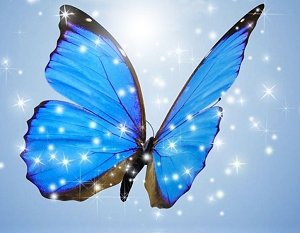 and receive Positivity in your Inbox!

You have Successfully Subscribed!

We value your privacy and will never share your information with anyone.  You will receive Carole's newsletter email periodically.
You may unsubscribe through the link at the bottom of one of her emails or you may contact her directly - see the Contact page.